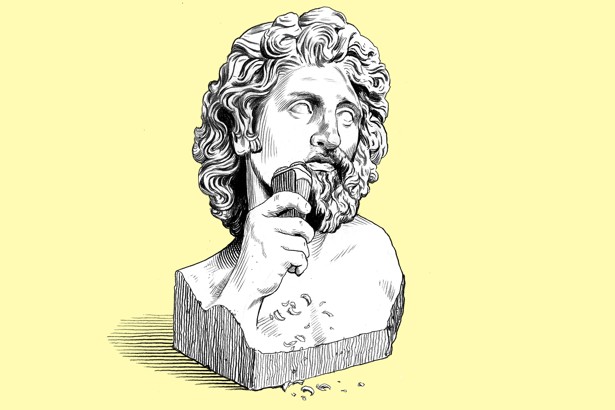 Alexander the Great and the rise of clean-shaven men

You’ve seen the movies about the ancients and their adventures fighting gods and monsters, with all the men in strappy sandals and bits of cloth or leather here and there. One other thing they have in common: they all have beards, the bushier the better. That’s what being a man, as opposed to a boy, was at least partly about. Then Alexander (356 BC – 323 BC) came along, a handsome young man who gained the throne of Macedonia at the age of 20 and conquered the known world by 30, and was so enamored of his appearance that he declined to grow a beard. As Alexander conquered the world, he had coins made for the new territories, with his face emblazoned on them, as was the custom. Before long, everyone saw the shaven visage of the great king, a new style caught on, and men started getting rid of their facial hair. Norelco should thank Alexander by starting a line of razors in his name.

New Director Helen Allen Whips Up a Splendid Array of Art, Antiques and Design at The…

Robert Rauschenberg: Among Friends – The Museum of Modern Art – June 19 –…