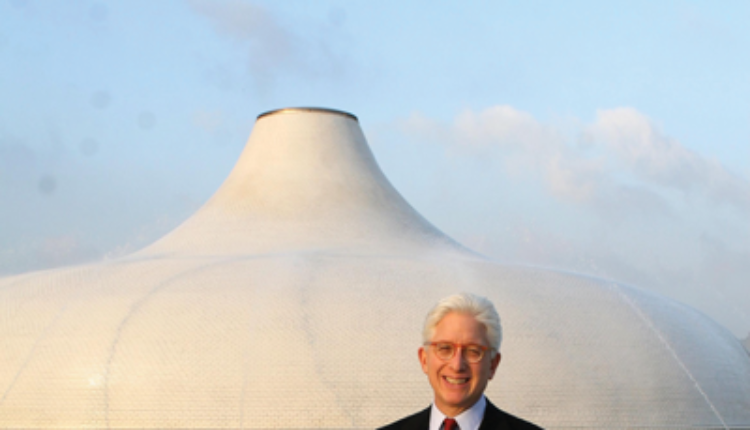 America Friends of the Israel Museum

Warning: A non-numeric value encountered in /home/artandliving1/public_html/wp-content/themes/publisher/includes/func-review-rating.php on line 213
1,071
Share

American Friends of The Israel Museum

The Israel Museum thrives thanks to fundraising activities by its supporters worldwide —notably the American Friends of the Israel Museum, headquartered in New York, which also runs annual events in Los Angeles and Palm Beach. Between 1972 and 2010, the organization has raised nearly $300 million in cash, of which $65 million is in endowment funds which generates income of $3 million annually, as well as an additional $220 million in art. One member who contributed greatly to these efforts is Ninah Lynne.

Ninah Lynne, art lover and collector, shares with her husband Michael a lifelong passion for contemporary art and the performing arts. Michael is an entertainment attorney who quit his law practice to become chairman of New Line Cinema; he now runs his own film company. Ninah formerly served on the board of Lincoln Center for the Performing Arts.

They started collecting art “in the early 1980s and built a contemporary art collection. While doing so, they established close relationships with many of the artists they collected. “Now,” says Ninah, “we’ve transitioned to emerging art. We go to Miami, Basel and the emerging art fairs.”

She was approached by friends who knew about her ties to the art community and ultimately was “recruited” by AFIM. Although she lives in New York and first visited Israel six years ago, she soon became ardently involved: “The museum itself … and the body of work is so extraordinary. James himself is a reason to be involved.”

She joined AFIM’s board of directors in 2000 and has been on the executive committee since 2003. But her favorite job was chairing the Contemporary Art Acquisitions Committee with Michael. Working with curator Suzanne Landau, she helped raise money to expand the collection: “The department has an incredible body of work. Our job was to fill in what the collection was lacking, and we acquired major works by such artists as Yinka Shonibare and Olafur Eliasson.” She has also given pieces from her own collection, including video art.

Ninah was also very effective in raising support and awareness for the museum. “The reception has been enormous. James is so highly regarded in the nonprofit world. People have stepped forward to pledge their support for the institution.” Her passion and admiration for the museum rivals her love of contemporary art. “The galleries are just magnificent. They’re one of the greatest spaces for art I’ve ever seen. The work in this museum is extraordinary. I don’t know of a museum that has that kind of a scope of work.”

Susan Gersh has spent her adult life in Los Angeles. She studied history and art history at Northwestern University, where she met her husband, David. She worked for an art gallery and then opened her own gallery specializing in modern and contemporary art.

For many years Susan and David were both involved with the Los Angeles County Museum of Art (LACMA), and then the Museum of Contemporary Art (MOCA). As Susan says “MOCA was an important place for our family as David’s mother, Bea, was a founding trustee at MOCA and was both an inspiration and role model.”

But when Susan got involved with the Israel Museum three years ago, as co-chair of the annual gala for the American Friends of the Israel Museum, she was able to use her relationships with the art community to serve a cause about which she has become passionate. “Being involved in AFIM is a meaningful experience for me. I believe in the Israel Museum, a world-class museum, which unifies people. It’s a jewel for Israel.”

Stephen Lash came to Christie’s in 1976, and launched the firm’s first NY sales room a year later. With an MBA from Columbia and undergraduate degree from Yale, Lash was young and dynamic. The operation soon expanded from a handful of employees to several hundred.

Lash managed Trusts and Estates for 20 years before becoming Chairman of Christie’s Americas and Vice Chairman of the American Advisory Board. Lash has made his name being involved in virtually every record-setting Christies’ auction—including the record-breaking auction of a Van Gogh and the landmark auction of four paintings by Klimt.

But his success is more than business. Says Lash “to succeed in this business you have to love art. The most fascinating people in the world share a love of art.” That’s why despite his busy job, Lash still finds the time to be actively involved with AFIM. As the current president, he’s participated for more than two decades, raising money and securing art. Recently AFIM participated in two major fundraising campaigns: the campus renewal project and an endowment campaign of $ 75 million; “we are well on our way to completing that.”

Lash is an ardent fan of the museum. Favorite collections include antiquities, the restored synagogues brought in from different parts of the world and reconstructed, and the “superb” modern painting collection. Says Stephen, “the Israel Museum…. holds its own next to many of the leading museums in the world. It’s gorgeous.”

Originally from Boston, Maureen settled in New York with her husband, Marshall, after graduating from Smith College. After completing graduate work at Columbia University, she was a child therapist for 10 years – but her passion for art soon became a calling.

In 1984, for her birthday, her husband bought her Art + Auction maga- zine. In 10-years as owner and chairman, she was immersed in editorial content. “That made it easy for me to travel and learn the dealers and collectors.”

An art collector and art enthusiast, Maureen was absolutely enthralled with the Israel Museum when she visited for the first time in 1978. “The romance—walking up to the top of the museum through the campus— and being on the top of the hill, “ says Maureen. “It was a breathtaking place.” She was been devoted to it ever since. As president of AFIM and chairman, she’s raised money and increased membership, mobilizing people with her enthusiasm.

She was also instrumental in recruiting James Snyder. “He’s a brilliant director. Since Snyder has come, the entire museum has grown.” Maureen believes the museum “will fascinate people even if they’re not Jewish. It would stand on its own anywhere in the world.”

Popular Attractions at the Israel Museum