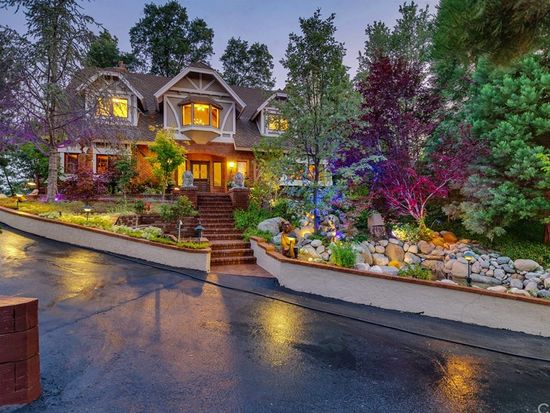 Warning: A non-numeric value encountered in /home/artandliving1/public_html/wp-content/themes/publisher/includes/func-review-rating.php on line 213
137
Share

See and be seen at the Candyland After Party and Meet-the-Artists. Walk the red carpet and pose for a photo before mingling with acclaimed SoCal artists. Enjoy live music and delectable bites from the tasting menu with wine pairings, craft beer and sumptuous desserts. Take home a gift bag with a complimentary bottle of Tranquil Heart wine. Tickets include complimentary shuttle between the Tavern Bay parking area and Candyland.

Jeff Marinelli, owner/ publisher of Art+LivingTM media, has always believed in the importance of supporting artists. So for the 45th Annual Lake Arrowhead Home Tour, he and wife Candace Crawford transformed their Tavern Bay home—whimsically dubbed Candyland—into a full-on art gallery featuring nine acclaimed SoCal artists. That meant clearing the way a new collection of paintings, photographs and sculptures as well as specialized furnishings and decor.

All exhibited artworks are for sale, with all proceeds going to the artists. Furnishings are for sale by Timberline in the Glen.

“Art in your home sets a tone for the kind of life you want to live,” says Marinelli. “We staged Candyland . Gallery to show visitors that great contemporary art looks just as at home at the lake as anywhere else.” Marinelli is sometimes asked how to select art for a home. ”Buy something you love, or have a piece commissioned to fit a special space or celebrate an important occasion. Art should make home feel more personal—more memorable.”

Marinelli collaborated with local designers, landscapers and artisans to stage this first-ever Gallery experience. Marinelli said, “Candace and I couldn’t be more proud to showcase these extraordinary artists in such a special landscape. They help us to see the world with new eyes.“

Designers . highlight their art at Candyland

Timberline in the Glen

is a one-stop furnishings and decor destination for your unique home or cabin. Bob Stuhr and Joe Arredondo bring a discerning, tasteful eye to source one- of-a-kind antiques, case and upholstery goods, lighting and art from around the world – your Outfitters for the Home.
28956 Hook Creek Rd . Cedar Glen, California 92321 909-337-4200

Ron Burkhardt is an award-winning abstract, assemblage- style artist, founder of LetterScapes and the Notism movement, which exalts the beauty of memory. Burkhardt, who has sold work at Sotheby’s and Phillips de Pury, is a Florence Biennale Medici medal winner, a dual winner of the American Art Awards and has been featured on several network TV channels. His work has been recognized or honored by the UN, Art Directors Club of New York, the One Show, Andys, Creativity, CLIOS, Gold & Silver Effies, IBA, Palm Springs Intl. Film Festival, Addys, Tellies, Mobius, Hollywood Intl. Broadcast Awards, Cannes, Black Book Awards and the Presidential Order of Merit.

Matt Clementson of Viking Tree Sculptures has brought chainsaw sculpture to the fore through his own one-of-a-kind work and by nurturing the careers of artisans around the country through CMT’s TV series Chainsaw Gang. Clementson’s figurative and abstract wood carvings range from decorative sculpture to functional furniture.

Jeff Davis is an LA-based sculptor known for artistic designs, furnishings and structures that speak to anyone who has an affinity for metal work and modern lines. His custom metal work for private clients, movie sets, restaurants and storefronts always starts as an idea that flows from mind
into metal. With a background in custom home design, Jeff is an expert at producing commissioned pieces that enhance a particular landscape or interior.

Gonzalo Duran is a painter and sculptor who has been called “the Marc Chagall of the North and Central Americas.” Born in Mexico and raised  in East LA, Duran’s art is peopled with characters that live between fable and fact, referencing magical realism. His work has been widely exhibited, collected and commissioned, particularly in the LA area, by celebrities and gallerists who appreciate his brilliant, sometimes startling, color palette. He shares a live/work studio in Venice, CA, with wife Cheri Pann, co-creator of the Mosaic Tile House.

Chaz Guest is a self- taught painter and sculptor whose work is collected by leading figures including Pres. Barack Obama, Oprah Winfrey, Angelina Jolie, Beth Rudin DeWoody and Ted Sarandos. Guest is inspired by a dynamic combination of the Old Masters and 1960s Harlem Renaissance. While working in Paris, he was encouraged by Christian Lacroix to transform his illustrations into full-on oil paintings. Guest’s latest work is a monumental project depicting the life, legacy and adventures of a comic superhero of his invention, Buffalo Warrior. Guest has been described as “an American artist of profound inventiveness”, with work exhibited worldwide.

Eric Johnson is an abstract artist known for biomorphic sculptures that combine two aesthetic themes of California art: the organic and the sleek. Inspired by art and science, his deeply personal work references shared memories of a family heritage that spans the crafts of boat- building and auto restoration. He has spent decades working with polyester resin, influenced by SoCal hot-rod culture. Johnson’s references range from the human form to astrophysics, lending his work a fascinating breadth.

Cheri Pann is a painter and ceramic artist known for portraits and personal interpretations of the Tree of Life that are later assembled into large, mural-sized works. She

is also renowned for her stoneware vessels, functional items and tiles. Her early work was influenced by extensive travel through Europe and Asia, exhibiting in solo and group shows. Since the mid-’90s she has exhibited exclusively in her live/
work studio in Venice, CA, part of the Mosaic Tile House, an eclectic tourist destination co-created with her husband, Gonzalo Duran. cheripann.com

Todd Williamson is an abstract painter whose work “Processional, an Installation by Todd Williamson” is featured at the 58th Venice Biennale as one of the 21 official solo exhibitions. “Processional” has been listed as one of the “Top Ten Not to Be Missed” exhibitions by Forbes, Domus, Widewalls and the Venice Insider. He was awarded the “Prize for Creativity” by the Pollock Krasner Foundation and the Pollock Krasner Award Grant, Best Foreign Artist, Artistic Merit Award, Curator’s Choice, and two Artslant Abstract Showcase Awards. He has exhibited extensively in the US and internationally alongside luminaries including Ed Ruscha, Jenny Holzer, Joe Mancuso, Chuck Close and Robert Ryman.

Enjoy an evening of discovery with these artisans

RB Steakhouse is a venerable local favorite, known for its take on barbecue and surf and turf. Their After Party Tasting Menu brings authentic Lake Arrowhead cuisine to a new level. 29020 Oak Ter

Three Marm Brewing Co. is real craftsmen brewing real craft beer, established with mountain culture in mind. Djinn’s HellaBrew, the brewery’s flagship, won first place at the 2019 National Orange Show Fair and has been poured at the Lake Arrowhead BrewFest and in support of charities and community causes. ThreeMarmBrewery.com

Levi Shinkle has spent a great part of his life perfecting photography that captures atmospheres of the San Bernardino Mountain Range atop the Rim of the World. Takleshop47@gmail.com

LuluBelle’s Coffee House and Bakery embodies the passion of Michelle and Michael DiGiovanni, who believe that food should be delicious, nourish the body and heal the soul. That’s why LuluBelle’s baked goods are made to order, use only fresh ingredients and no artificial flavors or colors. LuluBellesMountainBakery.com 310-489-1777

Dustin Louis Blank is a traveling singer/song- writer whose sound is a mixture of Leonard Cohen’s style, Beck’s modern instrumentation and the timeless folk influence of Bob Dylan.

Sotheby’s auction sold to tycoon Patrick Drahi for $5.3b