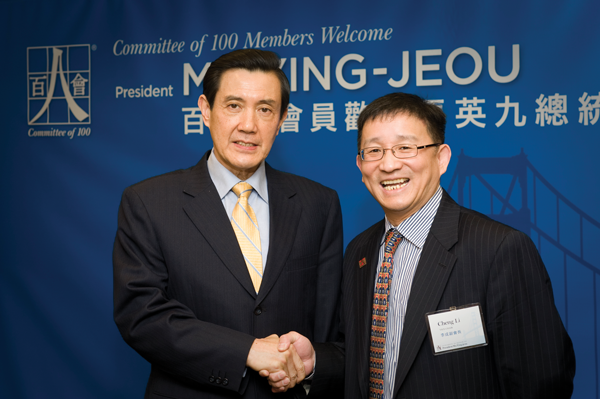 Warning: A non-numeric value encountered in /home/artandliving1/public_html/wp-content/themes/publisher/includes/func-review-rating.php on line 213
385
Share

Cheng Li, George Koo and Edmond Pi, represent the best in their fields and work in diverse ways to bridge two cultures by addressing the issues facing Chinese Americans and further a cultural and political understanding between America and China. If society can be viewed as a tapestry then these men are changing its fabric.

Li is a senior fellow and direc tor of research at the Brookings Institution’s John L. Thorton China Center, who speaks animatedly about his research concerning the emergence of the middle class in China today. His book, released in October 2011 by Brookings Institution Press, titled China’s Emerging Middle Class: Beyond Economic Transformation describes a 20-year trajectory that’s unprecedented.

Many factors contribute to a new vibrancy in Chinese life. Students studying abroad are exposed to Western education and culture then return to their native country, media that was once controlled by the government has become commercialized and the children of government officials have made their mark in American business.

China has grown from a country of one government-owned radio station and one TV station with four or five newspapers to a country with “9,000 magazines, 2,000 newspapers, 300 radio and TV stations,” says Li. The middle class is driving these changes, which speaks to a hunger for knowledge and change that’s palpable.

Greater salaries have created taxpaying citizens “who want to know how the money is being spent, who have become property owners and purchased automobiles, and who are more likely to examine and question the actions of their government,” adds Li. These are behaviors and privileges that most Americans take for granted.

“The societal forces [in China] are strong,” he explains. It appears that as the Chinese middle class enjoys greater financial freedom, the desire for democratic ideals like government accountability and transparency grows along with it.

The book, which grew out of a conference held in 2009, was the catalyst for Li to document the momentous changes happening in the PRC. While Li has been busy recording the rapid changes in Chinese society as a whole, Koo, a semi-retired business consultant with the Chinese Services Group at Deloitte & Touche, has been on the front lines of deal making between American and Chinese business interests since the ‘70s.

Part ambassador and part financial advisor, his role has been to convey his clients’ objectives, smooth over differences and help them understand the compromises needed to establish a presence in China. He is the personification of a bicultural professional.

Naturally, Koo is very aware  of the importance of his role in expanding global commerce and supports the continuous training and growth of bicultural professionals. That’s where the opportunities are for those interested in a rewarding business career.

He blogs frequently and eloquently on the challenges that exist between the US  and China, based on his years of experience at Deloitte & Touche. There will always be room for consultants who can switch back and forth between both cultures with ease, he observes. Instead of rac ing through deal points, he’s coached clients to slow down. More can be accomplished through light-hearted conversation, following by an evening of karaoke and dancing with a Chinese counterpart to assure “the most favorable treatment.

“Young people who are bicultural professionals will always have an edge,” he says. “And any company with global ambitions needs them on staff.” Although, he hasn’t seen this emphasized in graduate business schools on a grand scale, the tide is slowly turning as more multicultural American campuses provide the climate for students to interact with foreign students.

Often an appreciation of another culture can also be developed from its art and its relationship with nature. Pi, a psychiatrist, a professor, a researcher in the field of cross-cultural psychiatry, and former Medical Director of the Department of Mental Health for the state of California, is not a gardener at home but he’s had a hand in creating a spectacular garden in a museum setting.

Pi’s been one of the leading fundraisers and boosters of the relatively new Chinese garden at the Huntington Library, Art Collections, and Botanical Gardens in San Marino, California that made its debut in February 2008.

Known as Liu Fang Yuan or the Garden of Flowering Fragrance, its five acres unfold like a series of scenes from a Chinese scroll painting. The name is a literary reference to a passage from the work of Chinese poet Cao Zhi (192-232), a tribute to the famed Ming Dynasty painter Li Liufang (1575-1629) and refers to the scents from the varied flowers and trees at the site.

Architects and landscape designers from China and America collaborated on the design. Work by the Chinese had to be adopted to meet California’s seismic and building codes. The team of designers, construction workers, and artisans from China created a series of beautiful pavilions and walkways, a teahouse and café, and elegant bridges, surrounding a lake filled with lotus, lilies and carp. There are benches everywhere for contemplation. It’s a sanctuary and it’s become a magnet for visitors all over the world.

“You have to see it, experience it,” says Pi. “It’s a garden for lovers of Chinese culture and for those who wish to learn [more] about Chinese culture.”

Jacques d’Amboise: Come Dance with Me