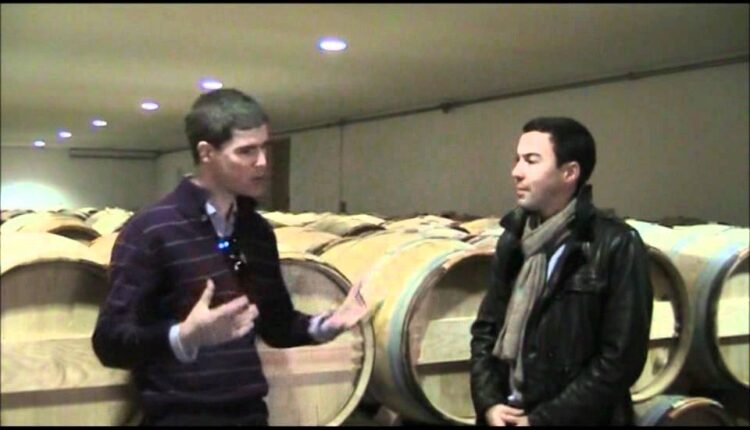 At the gates of Pauillac, the 100-hectare Lynch-Bages Estate, which produces 50,000 cases of wine each year, owes part of its name to the ancient hamlet of Bages, which was home to generations of winemakers for centuries. Owned since 1775 by the Lynch family, the Estate has belonged to the Cazes family since 1930. In 1971, André told his son Jean-Michel how difficult it was to manage his activities as insurer, mayor and wine grower and evoked the possibility of selling the family vineyards. After much reflection, Jean-Michel Cazes settled down in July 1973 in Pauillac with his wife and their four children. Since then, he has modernized and developed the Lynch-Bages Estate.

At the beginning of the 1980s, a certain amount of prosperity allowed him to pursue the expansion of the family properties and to make technical transformations. Approached in 1987 by Axa Insurance which wanted to invest in Bordeaux vineyards, he helped build Axa-Millésimes until 2001, a subsidiary of the insurance group which aims to develop owners’ portfolios. He managed the business for 14 years in addition to developing wines, in particular Châteaux Pichon-Longueville, Cantenac-Brown, Petit Village, Suduiraut and large foreign vine- yards in Hungary and Portugal.

In order to widen the family’s range of wines, Jean-Michel Cazes made a number of acquisitions beginning in 1988: Villa Bel-Air in the Graves region, then a property in Livinière, Languedoc renamed L’Ostal Cazes and, in 2005, the Domain of Sénéchaux at Châteauneuf-du-Pape. In 1992, the Michel Lynch brand of wines, a well-kept group of wines stemming from several Bordeaux “appellations” complete the range. In 2001 he founded a new company, J. Mr. Cazes Sélection for wines which need to gain in notoriety and require a specific commercial approach.

For his wines, Jean-Michel Cazes developed his own structure of wine distribution. This taste for wine helps him develop an acute sense of the lifestyle. From the end of the 1980s, he has invested his life philosophy in complementary projects. In 1990 he created the Relais et Château Cordeillan-Bages, where today the talented Jean-Luc Rocha, meilleur ouvrier de France, presides. A wine school, The School of Bordeaux and The Cooking School of Cordeillan-Bages were later added.

Since 2003, his son Jean-Charles Cazes has managed the estate and given life to the village of Bages — the original Lynch- Bages domain in the region of Pauillac. Bages, village of flavors and wine, has become a destination of charm in Médoc endowed with businesses and excellent establishments dedicated to food and great wines.

Every year, Jean-Charles Cazes organizes a solo art exhibition in the 19th century wine store- house in partnership with Parisian gallery Pierre Lelong. In 2011, it featured the work of Antonio Tapies from May through October and was visited by some 15,000 people.

Capturing the Magic of Flying with Steve Haro

A Day in the World of Branded Entertainment Douglas De Luca