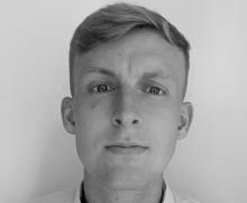 Despite previously hinting at an NFT collection that never came to fruition, enlightened and Hollywood-abandoning A-list actor Jim Carrey has finally launched his first-ever NFT. Dubbed ‘Sunshower’, the 1/1 asset is currently up for auction on SuperRare, and has a bid of 46.6 ETH (or approximately $56,900).

Sunshower is produced in collaboration with fellow Hollywood figure David Bushell, who is famous for producing the likes of Deception (2008) and Dallas Buyers Club (2013). It is based off of Carrey’s namesake physical painting, and is accompanied with an original voice-over from the man himself.

Created directly from acrylic paint tubes, the artwork’s aesthetic depicts Carrey’s face within a distorted but vibrant compilation of colours and large blue rain drops. The image is dynamic, with its final form coming to surface a few seconds after a black and white title screen introduces the artwork.

The auction for the 1/1 NFT ends at 8PM BST on June 14th, with a portion of its final price being donated to Feeding America, a non-profit network of food banks.

In speaking on his NFT endeavour, and after abandoning the ‘spineless’, Web2-centric ecosystem that is modern Hollywood, Carrey had this to say: “I had merely begun to experiment with bringing my art to life through simple animations. When the NFT world opened up. To me there could never be enough new places to create”.

*All investment/financial opinions expressed by NFT Plazas are from the personal research and experience of our site moderators and are intended as educational material only. Individuals are required to fully research any product prior to making any kind of investment.

Cautious Bullishness in Bitcoin & Crypto Amid Warnings of Further Downsides