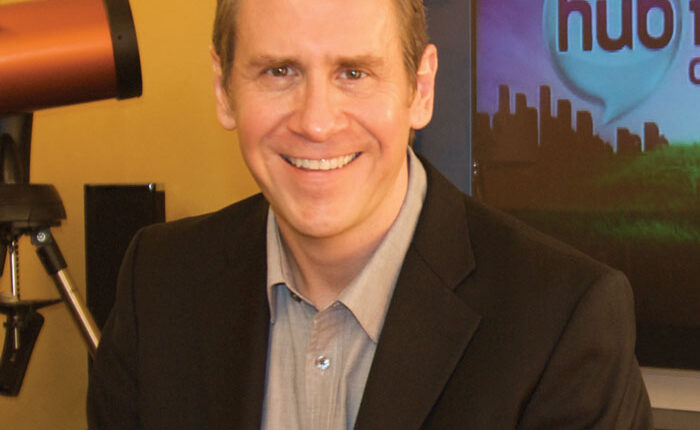 Twenty years ago, when few understood the unlimited possibilities of the worldwide Web, John P. Roberts had the tenacity and foresight to follow his passion and make his dreams a reality.

Over the course of his career, Roberts has witnessed a world where technology and entertainment have merged. As a self-professed “gadget geek,” he has watched in awe as the tech toy market has evolved from basic cellphones to Palm Pilots, Blackberries, smartphones and now tablets — all of which now offer applications that we cannot live without and all geared digital media, Roberts credits his success to the “combination of timing, passion and luck.”

It all started in 1994, when he was working on the launch team for a new Fox cable network called FX. Parent company News Corp. had recently purchased Delphi, an early U.S. online service provider and discussions had begun on how FX could utilize Delphi’s services in the online world. Roberts volunteered to steer that initiative and soon found himself part of a small team responsible for launching the very first cable network entertainment website.

As luck would have it, Roberts went on to launch web sites for Fox Entertainment, Fox Sports, Fox Family Channel and Fox Kids. After roles with Universal Studios and Vulcan Programming he landed at Game Show Network (GSN) as their senior vice president of digital entertainment. For seven years Roberts developed interactive online games and award-winning interactive TV initiatives.

Roberts and his team launched the first “one-screen” interactive offering in conjunction with Oceanic Time Warner. This was the first time in television history that viewers were able to interact live with their TV via a set-top box and remote control. It was a resounding hit and interactive television was born.

Now, in his current role at The Hub, Roberts is ultimately responsible for delivering interactive content that is compelling and fun for the whole family, which in this day and age relies heavily on the social media movement.

Inspiration comes in many forms to this broadcasting visionary. What continues to excite Roberts is the integration of technology and new innovations in interactive entertainment. “We now are living day-to-day in a virtual environment. The steady stream of up- to-the minute information is right at our fingertips. A click away. It’s an amazing time to be in this industry,” observes Roberts.

Today, he is leading the charge on building a dedicated interactive television and games community in a world where the options are endless. His goal is to create compelling and engaging entertainment for all to experience.

Transmedia at Its Finest: Joerg Bachmaier