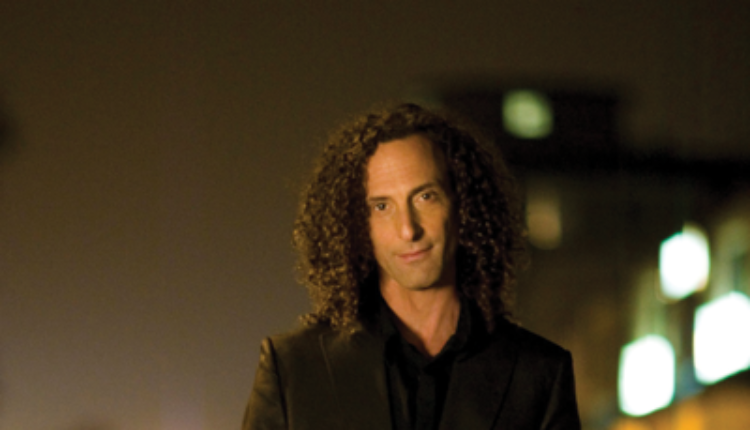 Who in the last 25 years hasn’t tapped their toes to the warm, melodious instrumentals of saxophonist Kenny G? His fourth album Duotones secured him a place on the saxophone all-star bench with his now recognizable tune Songbird. A saxophone player since the age of 10, he’s surpassed Herb Alpert as the greatest selling instrumental musician in modern times with global CD sales topping more than 175 million records.

For years, Rheuben Allen was the go-to guy when Kenny G’s broken horn needed repairs. The longtime relationship between the two men took a new turn three years ago when the musician admired earlier saxophones that Allen had designed, and approached him about creating a Kenny G signature saxophone.

“I’m really proud of it,” says Kenny G, of the finished product. “It feels amazing. I have this connection with it.” Testing sample horns is like trying on a shirt, he says. The touch and feel of the instrument, the comfort factor, all play an important part in co-mingling an artist’s identity with the finished product.

“I’m very lucky that Kenny G is very easy to work with. He’s open-minded and has the ability to tell me what he wants. Many artists don’t really know what they want,” observes Allen.

“Making an instrument that such a great saxophonist liked and wanted to put his name on was a very big challenge for me,” continues Allen. The men went back and forth for many months testing different prototypes. The musician’s comments ranged from “move this key to the right,” and “this version is easier to blow” to “the upper register sounds a little sharp, figure this out.”

According to Kenny G, his respect for Allen is immense because, “he knows every little detail and measurement. He’s aware of all the intricacies,” involved in restoring and designing saxophones. From their musical conversation, Allen developed the new E-Series II soprano saxophone, the first and only one to offer a choice of two key options for playing high notes.

Kenny G began playing on a ‘50s-era horn, where the palm keys line up straight up and down and the configuration’s been replicated on the G-series II. In the more modern rendition E-Series, each key is distinct and separate like the alto and tenor. Which one a musician chooses depends on which version they find the most comfortable.

Kenny G also introduced a line of interchangeable sax necks that can produce a richer sound by decreasing the amount of solder in the joints and adding an adjustable weight system that can change the amount of vibration.

Allen adds extra copper to the brass and hand hammers the bell (the wide protruding part of the instrument), which causes the metal molecules to move closer together and allow for greater vibration of notes to produce a warmer, richer sound that Kenny G is known for. Allen delivers a high-end instrument that sounds great and, at the same time, is affordable.

“I love for kids to have a great instrument to learn on,” says Kenny G. The musician enthusiastically sells his signature sax on tour. In concert, he breaks out his Series-E soprano saxophone to play tunes like Innocence. “I get amazing sounds out of it.”

The artist continues to record CDs and has scheduled tour stops in Mississippi, Arizona, Mexico, Chile, New Jersey, California, Louisiana, Turkey, and more. He’s an artist who embraces technology, using the Internet to connect and answer fan questions and promote his Caring for Kids Concert Tour, a special series around the country to raise funds for Shriners Hospitals for Children. The best part of it all is that “I get to do my passion for a living,” he says.