Text description provided by the architects. Kindergarten “Vaikystes Sodas” is a part of the transformation of a complex revived abandoned barracks town into a multifunctional residential quarter, which consists of 7 residential buildings, 2 commercial buildings, a school, and a kindergarten. In the contemporary architecture competition „Zvilgsnis I save“ it was chosen as the best architectural object in Lithuania, created in 2018, and in the competition organized by the Lithuanian Real Estate Development Association in 2021, this barracks complex was selected as the best real estate project. The team of architects gradually turned the military fortress into a residential quarter, enabling historic buildings to vibrate in a modern way, telling the story of the past and creating a new one for future generations.

Kindergarten “Vaikystes Sodas” is based on the philosophy of education, which states that the environment is very important, it is like a third educator, so the architecture of both the kindergarten and the surrounding buildings, retaining the integrity of the whole style and modern aesthetics, responds this need, because the context of the environment combines old and modern history and future.

The main architectural idea of the building was dictated by the 19th-century architecture of the plot, located in the heritage area, characterized by strict principles of geometric planning, functionality, dominant planes in the façades, and moderate decoration, therefore the kindergarten building doesn‘t differ stylistically from the old barracks. The location of the kindergarten is designed while maintaining the same structure as the former barracks, so a completely new kindergarten building was built on the authentic site of the former barracks warehouse. In order not to falsify history, the kindergarten has been designed in a contrasting way – to make it clear that it is a building of these times.

Therefore, the exceptional architecture building welcomes with the impressive concrete façade, exposed by its natural beauty, whose rough industrial texture is softened by the glass, contrasting with its lightness and fragility. The bright spaces framed by the windows create children the opportunity to observe the changes in the cycles of nature. The windows are shaded with vertical concrete slats, which perform a dual function: protect from the sun and at the same time give children a sense of privacy and security – it becomes like a screen from the eyes of the building in front. Such element not only breaks down and gives a smaller scale to the sculptural building, but also enlivens and softens the façade.

The building is restrained, enclosed, and without many details. The building impresses with its clean, original forms. By ascetic features several places of the building are accentuated that cause intrigue – the building resembles a rubber toy, and the skylight rising upwards draws the outline of an elephant. This window also symbolizes agility, and freedom – from the outside it expresses a glance at the sky, from the inside it becomes an amphitheater for the little ones, a viewing platform, and a staircase to the sky.

The building impresses with its external and internal differences and at the same time with the unity of the idea. The ascetic exterior contrasts with the warm interior space, which is variegated, playfully chaotic, and full of colorful details, small furniture, and children’s drawings on the walls. The new identity of the old district combines the green philosophy of the city, so no tree was uprooted and new ones were planted. 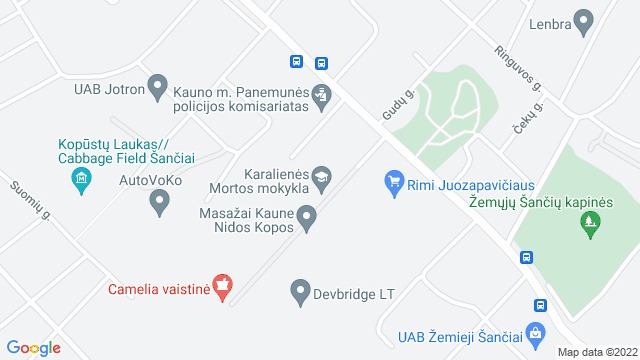 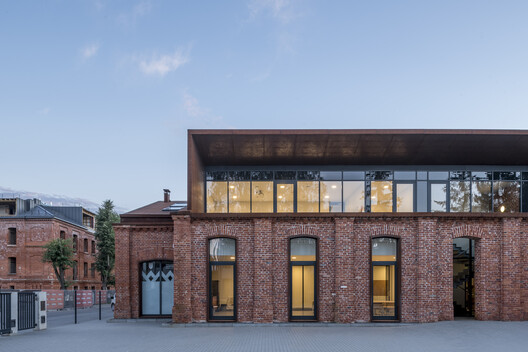 Rich Royal Summer: the Duchess of Cambridge Wears a 1,352 Pound Dress to the Polo