Design Concept. The design of Kuansan Town is derived primarily from ancient Chinese philosophy Daoism and is inspired by multi-century cultural heritages and well-protected historical architectural surroundings. The ‘valley,’ according to the classic Laozi, is a realm of all births, autopoiesis, and an infinite self-generation mechanism. The ‘valley’ is shapeless within, allowing it to take any form. It alludes to the ‘vacancy’ and ‘nothingness’ within the ‘real’, providing the possibility to nurture everything possible. While the valley is formless, the ‘water’ acts as a stream of liveliness that endlessly nourishes and fills the ‘valley’. In the Daoist philosophy of Existence and the Universe, the relationship between the Valley and Water is vivid, eternal, and vital; it is the origin of all beings. MUDA-Architects extracted such depiction of ‘valley’ and interpreted it into the architecture through the application of ‘water’ to rebuild spacial narration and the sense of place.

South Entrance. Among the two entrances of Kuansan Town restaurant, the south entrance locates aside from the first ring road, adjacent to Qingyang Palace metro station. Being the starting point for the entire project, we entitled the south entrance after the Daoism terminology “the gate of primordial origin (Wuji)”. Wuji represents the chaotic pre-existing state of all things, which is formless, undefined, and incomprehensible. The south entryway represents the domain of all living and non-living entities’ primal origins. Imagine walking in the hustle and bustle city street of Chengdu and encountering a two-sided copper-knobbed ancient door. Open it slowly to reveal a meandering red wall with a strong traditional aesthetic, growing inwards and guiding the view and flow of visitors towards the Valley.

The Courtyard. One of the fundamental Daoism philosophies is to follow the non-willful action, in which any human tampering with the flow of reality will be reverted to what is natural. MUDA starts with the idea and restored the original rigid square-shaped courtyard with a soft yet bold skyline. By adding the second-floor terrace and connecting the terrace with the sinuous spiral staircase, the visitor’s sight is framed by the smoothly designed red glass fences. Following the classic Chinese garden feature of ‘three Islands in one pond’, we designed a water-featured landscape, restoring the courtyard to its natural state.

In designing the courtyard landscape, MUDA hopes to enhance visitors’ experience of scenic appreciation through traditional landscaping techniques. The structural columns are meticulously hidden within a series of column sequences that reconfigured the visual experience as visitors pass through the complex. The spiral stairway’s curving edges are extended to the second level, generating spatial tension on the terrace and presenting breathtaking views of the Qingyang Palace from each angle. Through borrowed scenery, creating scenery, and framing scenery, visitors can expect to glimpse delicately composed and framed scenery at various angles and perspectives, unrolling like a scroll of landscape painting. Changing sceneries elucidate physical and mental enlightenment with every step meandering through the winding path of Kuansan Town.

Interior Space. Garden Room｜The integration of nature and architecture is the key to designing the Garden room. With Qingyang Palace’s ancient pagoda and century-old ginkgo trees as a backdrop, MUDA uses a wood tone and warm white color palette, as well as flexible wooden grille sliding doors, to blur the inside-outside boundaries, creating a permeable space that invites natural light and air into the domestic area, making visitors more conscious of their surroundings.

Continuous Room｜Continuous rooms are constructed on both the first and second floors. The continuous rooms are designed to provide flexible services to various groups of customers while retaining a coherent appearance. Through the use of wood grain curved ceilings, minimal decorations, flexible partitions, ambient lighting, and soft furnishings, we preserve the spatial order of the continuous rooms, giving the entire space a sense of unity for group usage and minor distinctiveness for individual use.

Tea Room｜A towering ginkgo tree surrounds the tea room’s bar area, its foliages stretching across the room and bringing nature into the interior. The tea room has a three-tiered rectangular cut-out ceiling with a wood tone and a luminous film in the central region as the main illumination, creating a warm and tranquil light environment. The sliding doors on the Qingyang Palace side can be fully opened for coffee or dessert, while also boosting the interaction between the interior and the natural scenery outside.

East Entrance. A wall away from the Qingyang Palace is the east entrance, it serves as a link between Qingyang Palace and the project. We named it ‘the gate of multiple subtleties (Zhongmiao)’. The Qingyang Palace on one side symbolizes profound heritage and history, and a contemporary space that expresses traditional culture in a futurist twist on the other, ‘the gate of multiple subtleties (Zhongmiao)’ unfolds the experience of switching between spaces in an unexpected way. The passage is intended to add layers of experience to an otherwise simple and straightforward space, forming a space-time tunnel linking the past and the present.

While the valley is shapeless, formless, and points to the ‘vacancy’ and ‘nothingness’ within the ‘real’, we can connect architecture with the present and the future while respecting the passage of time. The existence of architecture endures a period instead of a single segment of history. How we look at architecture confirms the Eastern philosophical view of ‘Taiyi‘ and ‘Taigu‘, that we shall look at the development of things as a whole. The valley is formless per se, yet spaces are created in natural reaction. 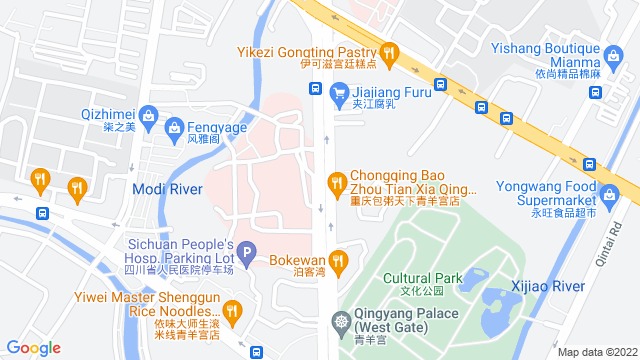 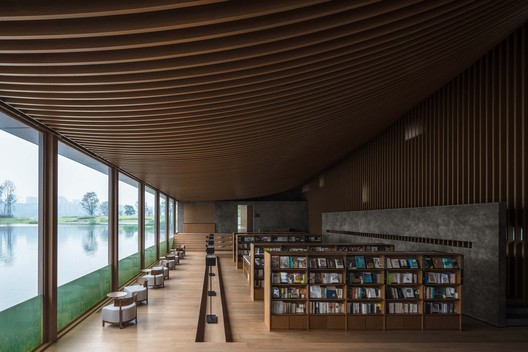