Text description provided by the architects. On the first visit to the land, with the first look, the design premise of this new project was clear. Nature in its best expression and respect for it. On the adjoining land, a gallery forest, a protected area, maintained the essence of the place. How to ignore all the strength and energy that was lived there? The leading role here is shared, nature itself and the work built and designed from it. There is no attempt to stand out, but rather to coexist, always remembering the value of each part, in constant contemplation and gaze towards the remaining trees.

Thus, this work was designed based on the guidelines that the land and its surroundings provided; it is a work that tries to ask the natural terrain for permission to stand on it with the least possible impact of transformation. It rests gently on various contact points allowing the ground to pass under the house following its course as naturally as possible. However, the simple fact of respectfully placing oneself in it, it generates a change in the landscape itself, while nature, with its constant mutations, also constantly modifies the work itself. Here is born the first reciprocal relationship of the work with its environment.

The morphology of the house is formed by two volumes that are connected in the two-meter wide corridor. On the one hand, the social sector, with an environment that integrates the kitchen, dining room, and living room, is spacious and glazed from floor to ceiling, where the link of reversibility with the exterior space stands out. It is marked by two planes, the exposed concrete floor, which is detached from the natural terrain, and the ceiling, which with its wooden ceiling clearly marks its slope. Both are separated by large windows that unite them while dematerializing the envelopes and creating a porous space. The gallery that surrounds this volume works as an intermediate, hybrid space that allows the constant exchange between being outside and being inside, or both, while analyzing it from the technique makes these planes stand out and stand out. But it is not a minor detail, that this gallery works as a constructive tool for protection against the weather.

On the other hand, we have a more compact volume, with rooms with a more private character. It is composed of three bedrooms, one of them en suite. In all spaces, you can see large windows that generate well-lit spaces open to nature. On the outside, this union between the two volumes is partially dematerialized thanks to two glass slits on each side of the corridor that vanishes that union.

Regarding the construction, in the private volume, a system of cellular concrete bricks was used, in order to have better thermal insulation. The entire house has projected cellulose thermal insulation, considered an option that seeks an ecological environmental balance both from its raw material and from the good insulation it generates. The openings have double hermetic glass, and the vast majority of them have an A30new aluminum line so that the work reaches the best level of energy efficiency despite a large amount of glass envelope it has. For this reason, the gallery and the eaves once again play a very important active role. 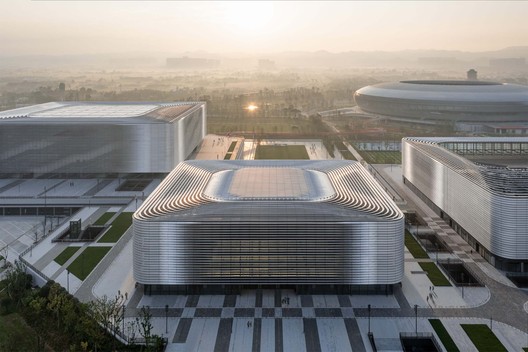 Lisa Stahl Oct 7, 2022 0
Everything you ever wanted to know about America’s favorite brown spirit, including, of course, the best bottles…
What's Next Jewelry

The 30 Best Wallets for Men