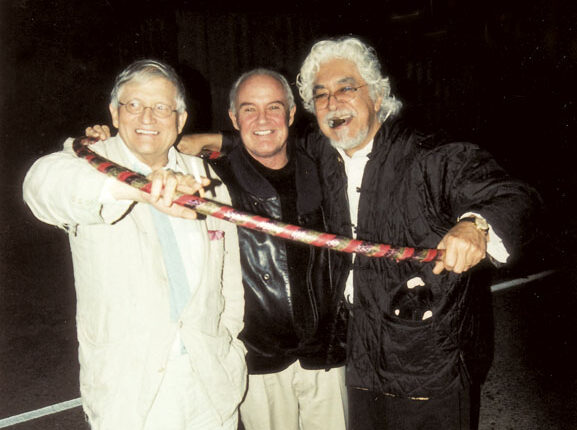 The show represented a bygone era when Childers, knee deep in the entertainment industry lifestyle and alongside his director-partner John Schlesinger, was able to turn his intimate relationships with cultural icons and his inimitable ability to yell ”Fabulous, yes!” into breathtaking images. These were the days when, as an Interview magazine photographer, he captured the essence, rebellion and freedom of rock and film stardom. Over the ensuing decades, Childers’ career began to shift.

“Today, the monopoly of the PR agencies has created a situation where there is very little real and intimate access to stars,” says Childers. “The birth of the terrifying super-paparazzi has come about because of this. I decided in the mid-90s to say hasta la vista to shooting film clients and only shoot the ones I am still friends with.”

Spurred by his malaise, Childers began dabbling in conceptual fine art photography and found stunning results. Forced to confront a non-celebrity subject, the photographer spawned his series Distortions of My Mind, where, with fun house-style mirrors and the utilization of new digital manipulation technologies, he created a smorgasbord of nude images of bodies in taffy-like contortions confronting our ideas of beauty and the ideal. A series of surreal flowers came next.