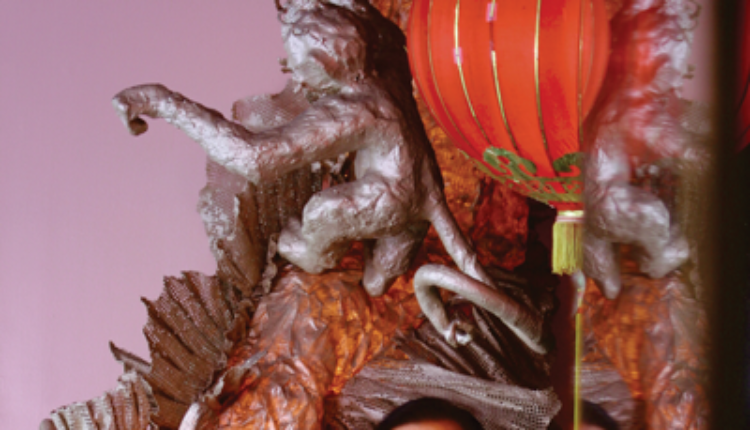 Warning: A non-numeric value encountered in /home/artandliving1/public_html/wp-content/themes/publisher/includes/func-review-rating.php on line 213
1,249
Share

Dapper and dashing, you wouldn’t suspect that Mr. Tong was the instigator of popularizing Chinese food throughout Manhattan. Yet he has, for 45 years. No other Chinese restaurant in Manhattan has survived as long.

A marketing genius, Tong has found that many customers to his two restaurants, Shun Lee Palace and Shun Lee West, extol his virtue of changing the way New Yorkers enjoy Chinese food. Before Tong, most Chinese restaurants featured only Cantonese cuisine with limited menus. Tong introduced complex Chinese dishes and seasonings for the eating pleasure of New Yorkers with authentic Shanghai, Sichuan, Beijing, Hunan and Cantonese cuisines—all five cuisines in each of his two restaurants. Today, these regional cuisines have become the norm in Chinese dining.

Shun Lee is credited with raising the standard from chop suey and chow mein by being the first in New York to introduce the general public to Crispy Orange Beef, Lake Tung Ting Prawns, Crispy Sea Bass, General Tso’s Chicken and many others. Today his menu features American short ribs, sweetbreads, cod and frog legs in one of the five cuisines he offers.

Mr. Tong thrives on illuminating the taste buds. Excellent soupy dumplings are stewed slowly in Shanghai style. Scrumptious frog legs Cantonese come delicately deep fried, moist to perfection and cooked with scallions and garlic pieces. His prawns bean sauce in Szechuan style open up a new view of the world. He goes beyond the hermetic scope of the Chinese cuisine experience.

Tong is constantly rebooting his menu, enticing diners to return frequently to see what else he is up to. Filet mignon with asparagus Hunan style is a startling dish to appear on a Chinese menu. By providing a wider context and stirring up emotion, he seduces the ethereal desires of all the taste buds.

“Imagine the sensation of being served for the first time shrimp in a piquant sauce of garlic, scallions, vinegar, hot bean sauce and chili—all showered in cilantro,” beamed Mr. Tong. “We were the first to accomplish this. When we put something new on the menu, everyone follows us six months later.”

Eating is the moment and mood. “What was popular in the sixties, such as pressed duck or chicken with cashews is dimmed to an out-of-vogue glow. We were the first with spring rolls and pan-fried dumplings during that period,” said Tong. “The ’80s was the golden time for Chinese food. Everyone wanted to eat Chinese and restaurants flourished. Chefs came from Sichuan, Hong Kong, Canton, every part of China to help wipe up the huge appetite New York had for their dishes. Today Chinese food is popular all over the globe.”

When asked if he was concerned about serving new dishes, he emphatically shook his head and said, “I want people to go on to the next chapter of our food at our restaurants. Even with dishes such as American short ribs—we cook them in soy sauce, rice wine and Chinese ingredients. We do not get away from our Chinese cuisine. We do not do fusion. But certain things have to change because people like the thrill of newness.” New Yorkers are renowned for accepting change and gravitate to the sexy side of “first,” sliding down the exhilarating chute of unknown tasting experiences.

Serving five different regional Chinese cuisines is a daunting task, but not to Michael Tong. He thrives on the challenge and being the leader. Sichuan is hot and spicy with a bit of sweet and sour overtones such as prawns in hot bean sauce. Hunan is straight forward spicy country cooking; hot peppers, black beans and no sugar. Think stinky tofu, bean curd, numbing-and-hot chicken and wash it down with a good Chinese beer.

Shanghai cuisine is stewed or braised in red wine and cooked slowly; it leans towards a hint of sweetness. Chicken and fish are “drunken” with spirits and quickly cooked or steamed, such as beggar’s chicken wrapped in lotus leaves and covered in clay. Cantonese prides itself on fresh, local ingredients and the preparation of food takes the form of steam, scalding, boiling or double-boiling to maintain the freshness.

The small tidbits of dim sum, which means “touch the heart,” are beloved worldwide. Beijing is the cuisine of the emperors and royal families who relished meats such as beef, lamb and, of course, Beijing duck served with bean sauce and scallion brushes in hellion-light pancakes.

With 45 years experience of serving guests in his restaurants, Mr. Tong wrote Shun Lee Cookbook: Recipes from a Chinese Restaurant Dynasty. In it, he shares his most popular recipes ordered by his clientele, for them to cook at home. Directed to the novice cook as well as the experienced chef, Mr. Tong’s assemblage is packaged with ease and care. It includes sizzling favorites such as Singapore style rice noodles with curry, peppery Dungeness crab, hot and sour soup, Sichuan boiled dumplings and Kung Pao shrimp.

Michael Tong has served about ten million or more diners in his two restaurants over the past 45 years. He has won two four-star ratings from the New York Times, has appeared and cooked on the Late Show with David Letterman, the China Institute in America honored him for introducing Chinese culture to American and he was awarded the 2006 Ellis Island Medal of Honor.

What’s next on Michael Tong’s plate? He’ll feel the tempo and temperament of the time and come up with more tantalizing flavors and indulgent decadence.