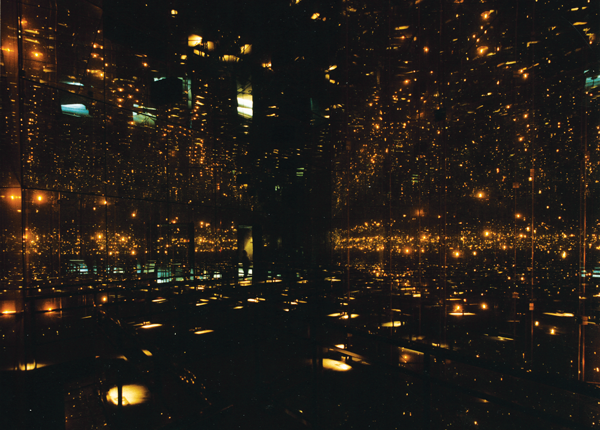 Warning: A non-numeric value encountered in /home/artandliving1/public_html/wp-content/themes/publisher/includes/func-review-rating.php on line 213
1,375
Share

The Boston, MA office of Moshe Safdie, international architect, author, and urban planner, is as welcoming and understated as the man, who favors simple, white collarless shirts and greets visitors with a warm handshake. A table flanked by two comfortable chairs serves as his desk. Numerous framed awards are on the floor, casually propped against the walls. The walls are reserved for family pictures, among them a prominently displayed newspaper story showing the architect’s young grandson in tennis togs and a photograph of his daughter Taal, an architect in San Diego.

Safdie established himself as a futurist with his first commission, Habitat, at the 1967 Montreal World Fair. He was 29 years old. The design for the modular con- crete block apartments, stacked like steps to achieve maximum light, views, and green space, had been his thesis at McGill University.

Critics hailed Habitat as revolutionary. The public embraced it. They expected that building with concrete blocks would become Safdie’s signature style and were surprised when he designed a more classical glass building for the National Gallery in Ottawa.

His inspiration comes from the site. It’s natural for architects to fall in love with things they’ve done, to play with them, and develop them, says Safdie. “I’ve always resisted. It eliminates the root of invention in architecture. I love discovering what a site teaches me.” The site for his lat- est project, the $5 billion mixed- use integrated resort Marina Bay Sands, Singapore, inspired him with “a sense of texture of the tropical. I wanted lots of glass so that the promenade could be open to the bay and the view of downtown,” he says.

He picked a casino project because “it’s a piece of city,” he explains. “I saw an opportunity to say that’s what a major urban center can be like.” Opened in the summer of 2010, the Marina Bay Sands project called for a 2,560-room hotel. Such a massive structure would have walled off the complex from downtown. Instead, Safdie designed three 55-story hotel towers a conference and convention center. They occupied almost the entire 10 million square foot site. Where would he put the pools, the gardens, the shops, and other amenities?

Working with his team in Boston, MA, Safdie happened to pick up a big chunk of balsawood that was lying around. He serendipitously placed it on top of the model. “That was the beginning,” he says. Now a 21⁄2 acre SkyPark connects the three hotel tower roofs, accommodating a public observatory, gardens, a 595-foot infinity swimming pool, restaurants, jogging paths, and sweeping panoramic views. All 656 feet above sea level.

The complex also features layered gardens, pedestrian walk- ways that open to water views, a shopping mall, science museum, theaters, and station for public transportation to downtown. “It is a microcosm of a city rooted in Singapore’s culture, climate, and contemporary life,” says Safdie. It demonstrates “all the opportunities and ways we succeeded in humanizing mega-scale.”

Safdie has addressed quality of life issues: urban sprawl, population density, sustainable resourc- es, and mega-scale in his books and as a university educator. “Marina Bay was a laboratory,” he says. “It’s an exemplary case of public-private partnership. That’s something we’ll see more of in the future.” The public sector planned the urban design; the private sector built it.

The Singapore arts incentive program provided $47 million for art. “I had a wonderful experience proposing site specific installations as part of the architecture and collaborating with the artists I chose,” says Safdie. He commissioned works by Antony Gormley, Chongbin Zheng, James Carpenter, and Ned Kahn. He also included a conceptual wall drawing by the late Sol LeWitt.

Safdie came late to incorporating art in his buildings. “I felt that I didn’t need it,” he admits. He feels differently since he designed the Lester B. Pearson International Airport, Toronto, where he worked with such artists as Jonathan Borofsky and Richard Serra. The space was very large, he says. “I realized that the art gave certain zones a very particular identity.”

He’s a romantic about architecture. “I used to say that I envied composers because I could never, as an architect, achieve the kind of emotional experience that I get from a Beethoven sonata or a Bach cantata.” he says. After the Holocaust History Museum of Yad Vashem, Jerusalem, and the United States Institute of Peace Headquarters — opened on the Mall in Washington, DC in 2011— the Israeli-born architect says, “I feel that with those particular projects, I have succeeded in getting into that realm. It takes time and maturity.”

Safdie carries U.S., Canadian and Israeli passports as he shuttles around the globe overseeing three or four projects at once. His more than 30 buildings and complexes include The Skirball Museum and Cultural Center, Los Angeles; the Golden Dream Bay, Qinhuangdao, China; the Khalsa Heritage Memorial Complex, Anandpur Sahib, Punjab, India; and the Corrour Estate, Scottish Highlands, Scotland.

His life’s journey started with travel. His parents decided to emigrate to Canada, touring European capitals along the way. Fifteen- year-old Moshe had planned to attend agriculture school. “I was a difficult kid,” he says. “I hated school. I had a lot of problems. I wasn’t even a good student.”

After two years of high school in Montreal, he applied to McGill. Asked what he wanted to study, he says, “Out of the blue, I just said architecture.” The family’s European trip “was an architec- tural tour without my knowing it. I enrolled in the architecture program and knew right away that was it.” “I won’t retire,” says the septuagenarian. “I’m having too good a time.”

Each landscape inspires Moshe Safdie anew. “I love discovering what a site teaches me,” he says. Before he puts pencil to paper, he explores the landscape his building will occupy. He studies the local customs and history. “Architecture”, he insists, “accommodates life.” This truth informs even the Holocaust History Museum at Yad Vashem, Jerusalem, a monument to the lives of the six million Jews murdered by the Nazis and its Children’s Holocaust Memorial for the 1.5 million Jewish youngsters who perished in concentration camps.

“How do you create a place in which you experience the soul of the Holocaust?” Safdie asks, recalling the questions he posed to himself. “And, what is your purpose in stirring the emotions? You could put somebody in the depth of despair. Or, you could try to lift them up and say life prevails. That’s what I decided to do at Yad Vashem.”