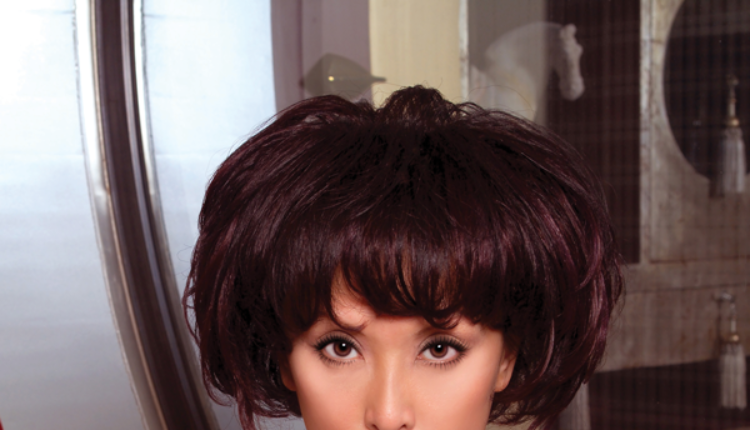 Pearl Lam: Sharing the Beauty of Chinese Contemporary Art with the West

Warning: A non-numeric value encountered in /home/artandliving1/public_html/wp-content/themes/publisher/includes/func-review-rating.php on line 213
359
Share

Pearl Lam is widely recognized as a true art emissary with her unwavering focus to facilitate cultural exchange between China and the West. This vision was realized since the founding of the Gallery in Hong Kong in 1992 and its expansion into Shanghai. Pearl Lam Galleries, formerly known as Contrasts Gallery, now encompass Pearl Lam Fine Art, Pearl Lam Design and PL Art Consultancy. Both the Fine Art and Design Gallery are at the vanguard of the global art and cultural scenes.

Pearl Lam follows her passion for Art and design with an integrated approach. Heralded as a gallery owner, collector and art patron, her mission is dedicated to push boundaries and provide an international platforms for the artists. She is unmistakable  in encouraging a re-evaluation  of contemporary Chinese art by featuring works that synthesize Chinese sensibilities with a worldwide visual language. It’s part of her continuing mission to create new cultural exchanges between artists from the East and West, working in divergent traditions and across multiple disciplines, while advocating the revaluation of Chinese art.

Lam’s unwavering passion bespeaks the importance of celebrating International and Chinese artists who are multidisciplinary, refuting the hierarchy of art forms. The galleries promote a stable of cross-cultural and cross-discipline Chinese artists, along with a select handful of international artists, all of whose work is a recreation and extension of traditions. Currently, the gallery is focused on promoting Chinese contemporary abstract art, which has largely been misunderstood by Westerners, who see it as derivative of Abstract Expressionism.

In this spirit, Pearl Lam Fine  Art has championed Chinese contemporary abstract art since exhibiting Mind Space, Maximalism in Contrasts, curated by Prof. Gao Minglu in May 2010. “Contemporary Chinese Abstract Art can be seen as an extension of Chinese culture where self-cultivation is key.” The gallery’s mission is to emphasize the unique philosophy and characteristics of this genre, in order to rectify the West’s misconception that Chinese Abstract Art is derived from Western Abstract Expressionism.

The philosophical core of Chinese abstract art places emphasis on the spiritual experience of the artist in the process of creation. Though similar in appearance to the Western counterpart, it has a different theoretical foundation.

“Art has always been a way in which one can cultivate themselves by conditioning ones mind and reach a meditative state where internal values are enhanced. This spiritual approach is what is so important, essential to the core of Chinese culture. Westerners struggle to understand this approach to art because it is so different from their own. They often say this Chinese art is a derivative of Abstract art.”

Unchallenged by the conventional restrictions of class, culture, or genre, Pearl has a distinctive style with an avant-garde vision giving her independence of mind. Lam’s artists react to and against Western influences. And, the established Western cannon to create a new visual language.

Lam brings people together with visitors from all around the world. She thrives on cross cultural and creative exchange. This is reflected in her extensive collaborations with renowned curators who present influential and groundbreaking shows, revealing the often unexplored relationship between both worlds.

She is the co-founder of the China Art Foundation, which has organized symposiums featuring International museum directors, scholars, and artists to generate discussions, bridging the distance and helping to educate others about Chinese art. Her Galleries also participate in international art and design fairs.

The multi-disciplinary artists  who work with her galleries are representing their culture in a variety of mediums, looking back at 5,000 years of Chinese traditions and striving to reconcile the past with modernity.

“These artists are from a world I am most interested in, one which is not based on a Western perception of Chinese art. Art is essentially communication. It is important that Chinese art communicates a message or direction the West is not yet familiar with.”

“Chinese artists works are derived from calligraphy or indeed the ‘Literati Spirit.’ This is the direction I am intent on exploring, enhancing and collecting. China has three strands of painting, a thought that has also been stated by curator Zhu Qinsheng. One is the politically inclined works, the second are works that follow a western approach and theory, and the third is art that has essentially evolved from traditions “

Wei Ligang works are the result of his overall exploration into Chinese characters, concentrating on the significance of each stroke and the structure of each character. Influenced by his background in mathematics and physics, Wei has the ability to deconstruct Chinese characters into abstract patterns that nevertheless stay true to a deeply rooted classical origin. The artist is recognized as one of the most distinguished avant-garde calligraphers in China today.

Wang Dongling has a unique importance in the history of Chinese calligraphy, maintaining his integrity with tradition while moving toward its modern identity. Focused on the relationship between calligraphy and painting, meaning and strength. The meaningful world that he creates with his work has no borders. Using wuwei (action without conscious effort), Wang’s abstractions involve dramatic gestural forms inhabiting a plane, creating a compelling experience for the viewer.

Shao Fan is one of the first Chinese artists to explore the boundaries between visual art and design. While his earlier work is primarily sculpture, Shao Fan considers painting to be one of the most natural and immediate means of expressing his temperament.

Shao Fan reflects on contemporary and traditional “Literati” thought, and creates a new language, re-evaluating Chinese philosophy and principles. Taking inspiration from the ancestors painting style, executed in a traditional Chinese technique from Song Dynasty called “Gong Bi”, Shao’s paintings are unusual and cryptic. A hare is not merely a hare, a deer not merely a deer. Shao Fan shows the spirit that exists in every living creature, man and nature are one.

“Zhang Huan is also an art ist I thoroughly believe in. First famous for his performance art where his body was the focus of his controversial work, he now has focused on more tradi tional and skillful approaches. The works he is creating encapsulate Chinese traditions in a more contemporary manner…”

Based on his collection of old photographs and official propaganda publications, Zhang Huan’s, “Ash” paintings are moving meditations on themes of social history, spiritual aspiration and daily life. Composed of incense ash collected from Buddhist temples, this unique and poetic media is an embodiment of the collective spirit and aspirations of the people of China.

Evoking a dialogue between East and West has been a consistent theme in Lam’s endeavors.  Early in her career, she brought Western designers to China in order for them to work alongside Chinese craftsmen. Today her activities have made her one of the decisive conduits of Chinese contemporary design to the West.

Pearl Lam Design showcases established and emergent International designers, who are also invited to come to China to produce new works that often reflect their experiences and some notable aspect of Chinese culture.

From the outset, Pearl ran contrary to conventional wisdom. Lam opened her gallery more than a decade before the boom that brought contemporary Chinese art to world attention. To this day she is exhibitor, defender, beacon for a generation of artists, both Asian and Western, alike.