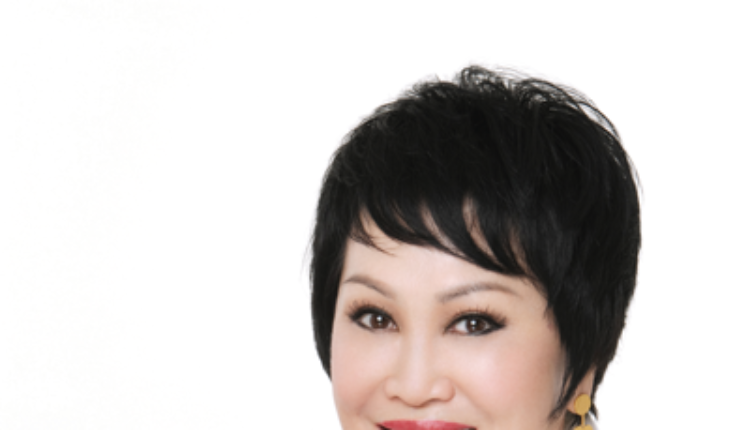 Warning: A non-numeric value encountered in /home/artandliving1/public_html/wp-content/themes/publisher/includes/func-review-rating.php on line 213
1,559
Share

There is barely a free moment in the life of Yue–Sai Kan, the Chinese American television personality, cosmetics industry giant, entrepreneur, humanitarian and author. She prides herself on being constantly busy with many creative ventures and charitable works. “I have never done just one thing,” she reveals. “In my life, I am surrounded by so many projects. I’m still very involved in my cosmetics company. I write books, I write articles. I’m so involved in various aspects of charity.”

Twice a week, she was broadcasting Yue-Sai’s World Expo, a television talk show promoting Shanghai Expo 2010 and welcoming the many celebrities and dignitaries coming through it. Although Kan does not have an official title, she has been deeply involved in many aspects of Expo, ranging from hosting the ribbon cutting ceremonies and lining up her good friend, the legendary music producer Quincy Jones, to co-compose Expo’s theme song, “Better City, Better Life,” while also raising awareness and raising funds. In short, whatever has needed to be done to launch and help Expo to succeed, Yue-Sai has done it.

She therefore speaks with great pride of the Expo’s enormous accomplishment. “What the Expo did, literally, is make Shanghai the center of the world,” she says. “. The Expo also gives the people of Shanghai a lot of self-confidence in that they can manage to put something like this together. Then, of course, 500,000 people coming each day—not only from China but from around the world—has made it financially great. I know the Shanghai government spent a lot on the infrastructure, but it’s been a financial bonanza for the businesses of Shanghai. The hotels, the restaurants are all full so, from a psychological level, a financial level and an international level, it is a huge success.”

Kan continues to be heavily involved in the makeup company she founded in the 1990s (and since sold to L’Oreal), which is credited with bringing to the women of China makeup made specifically for their coloring and skin types. When Kan launched her line of products, she believes she did more than just add color to the women’s faces. “It’s really more the spirit of it all,” she says. “If they can change their look, then they feel they can change their life, so the Chinese women were empowered by that. The entire idea is you have your life and you are in control.”

Besides influencing women to wear Yue-Sai Red lipstick, her success in the cosmetics industry has influenced women’s attitudes towards business. “When I first started my cosmetics company, there were no Chinese women who had their own businesses so, when I became so successful, a lot of Chinese women said, well, if Yue-Sai can do it, I can do it, too,” says the pioneering creator.

Kan is active in the Song Qingling Foundation, the biggest foundation helping children and women in China. The most recent fundraiser on which Kan worked raised money specifically for clinics for pregnant women. “There are still tiny, poor villages where pregnant women do not have a decent place to give birth,” laments Kan. “The husbands think it is dirty to have blood in the house so, when the wives go into labor, they send them out to the pig sty to give birth. A lot of these women die and the babies die as well because it’s so filthy.” The Song Qingling-built clinics, Kan explains, are intended to remedy the situation by providing a place for pregnant women to come and stay in the time immediately leading up to childbirth.

The project builds upon the foundation’s existent programs. “Song Qingling Foundation already provides the best hospitals with the best doctors in China, as well as outstanding schools for children from kindergarten to high school,” Kan reveals.

Over the years, Yue-Sai has offered Chinese people advice and guidelines through her best- selling books, including One World, Yue-Sai’s Guide to Asian Beauty, Etiquette for the Modern Chinese, How to Be a Beautiful, Healthy and Successful Modern Woman, The Chinese Gentleman, and The Complete Chinese Woman. She  is currently promoting her latest book, Exquisite Spaces: 25 Top Interior Designers of the World. “It’s really for the Chinese people—the first book about interior design which anyone wrote for the Chinese market on an international level. It wasn’t first written in another language and then translated,” she asserts. “This is really written with the Chinese in mind.”

Whenever possible, Kan likes to spend time at her townhouse in New York City, but then it’s usually back to Shanghai, where one project or another a waits.

Her work promoting the Shanghai International Film Festival is year-round, despite the fact that the event is held only once a year in June. “We’ve asked Robert De Niro to come next year,” reveals the whirlwind creator. “I spent four days in Sardinia with Kevin Spacey and have asked him. Unfortunately, the movie stars can’t commit so far in advance because they don’t know what their filming schedules will be, but we’re getting more and more big stars who want to come here because, right now, there’s no question that Shanghai is the center of the world.”

My Concealer Line Was Stolen & Leaked ($2.5 Million of Makeup Hijacked)