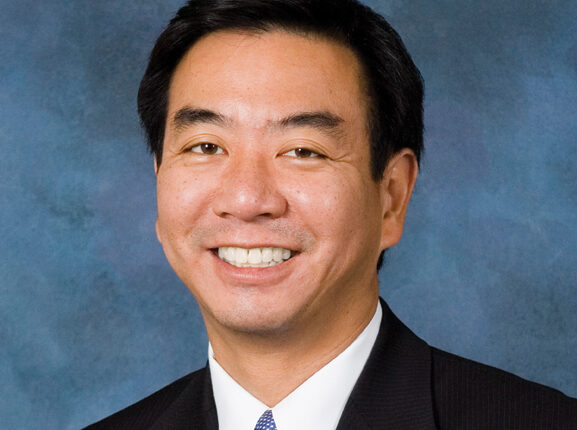 Jung’s companies are built on it. “Early on, we figured out…gaming was the first entertainment environment that allowed users to add value to their experience by modifying, programming, generating their own content,” says the successful tech entrepreneur. “[And that was] representative of the future of where the Internet was going to go.”

From that came the birth of gaming hub IGN, which Jung would steer through the storms of the dot-com bust and sell to NewsCorp for a gazillion a few years later. Staying on as COO of MySpace and Fox Interactive (American Idol, Fox Sports), Jung would continue to distill the platform. “The users…are contributing to the community experience, and because of that, the network grows virally…grows quickly and it changes the whole business model,” he says.

“So many things change,” he continues. “It turns upside down a traditional entertainment or media business.” Social networks and the emergence of the vibrant mobile space have manifested a paradigm shift. It’s “not just a new medium,” but “a new way of doing business altogether.”

Since leaving Fox, Jung has kept pace. Vudu, MetaCafe, Clearspring. Googling the man just gets you more domains. But talking to him gets you to the point of who he is: a visionary taking in both the forest and the trees, at once engaging and a pleasure to engage. Jung’s excitement for the future is as infectious as the universe of viral networks he espouses.

“I’m a serial entrepreneur,” he asserts. “I enjoy creating things. I enjoy looking for opportunities that have impact on change…And I think nowhere is the opportunity for change greater that what’s going on in mobile… and in media overall.” So Jung, the CEO, COO, and chairman of the board of companies like Songbird and Playhaven, is busy “leveraging the crossover between the PC Internet world and the mobile device world.”

“Mobile is where the future is. Worldwide. All the infrastructure has to be built,” asserts the visionary. Not everyone has a PC, he continues, but “everyone has a phone” that gets better and faster as you replace it every two or three years. The “phone becomes your gateway to communication.”

To Jung, it is no less than “the next coming of the web.”

In a business built on metamorphosis, with each new season’s butterfly more beautiful and powerful than the last, Jung isn’t one to forget the chrysalis that got him here.

As any child of Chinese immigrants will remind you, the backbone of cultural tenacity that he inherited has stood Mark (and his sister, Avon CEO Andrea Jung) in good stead.  Beyond the core values of  “perseverance, integrity, hard work,” there was, for Mark, the extra opportunity to hone his listening skills. Hearing what his elders had to say led to a respect for “what has gone before you, in order…to improve on things going forward.”

More specific to his family perhaps—but no less important—was an emphasis on “who we ended up being as people, how we thought about the things that we did…and not what we built or how big a company we were involved in,” reveals Jung. “Success was defined by honor, integrity.”

It wasn’t fortune that interested Mark Jung’s father. In fact, it wasn’t even his son’s job.  Instead, he would ask, “What is your profession?”

Awakening Of A Goddess

How Video Games Are Made

Top 10 Tips for Getting Into The Video Game Industry