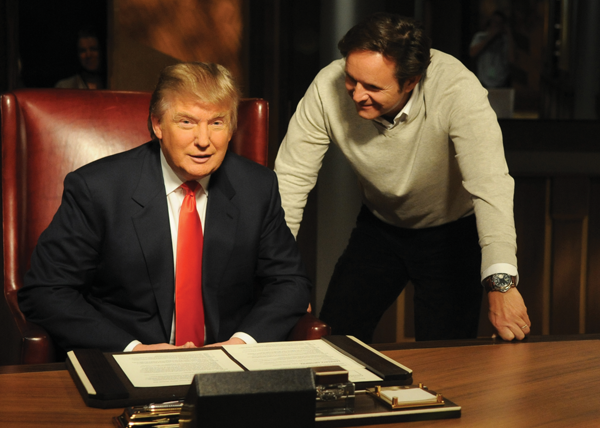 Warning: A non-numeric value encountered in /home/artandliving1/public_html/wp-content/themes/publisher/includes/func-review-rating.php on line 213
599
Share

NOBODY DOES IT BETTER

London, Paris, New York, Rome, L.A., Beijing—no matter where you are, mention the name “Donald” and everyone fills in the last name: Trump. In this day of branding, there is not a person, company or product that can outdo the powerful recognition of Donald Trump.

Is he brilliant? Or mere showman? Is he a strategic marketing expert? Or merely a lucky headline grabber? Whatever you assume, Mr. Donald Trump is a marketing genius: The King of Kings.

Donald Trump, the world’s most recognizable human brand, said this was his strategy. He explained, “It was a conscious effort on my part, which began when I built Trump Tower and named it Trump Tower. My father had established his brand on a smaller scale and I could see how a good brand reputation was good for business. It takes the guesswork out of the product for the consumer, which ultimately saves them time, and the integrity of the brand carries it forward with less advertising or promotion required.”

No one can surpass Mr. Trump in branding. There are many new start-ups today, and they should memorize his strategy. He explained it, “I do a lot of my own promotion and advertising. I stand for my products all the way, and I think people can sense when you are sincere about your work. I am enthusiastic because my work is the best, otherwise I don’t want the Trump name on it or near it. Branding has a natural way of flourishing to include a variety of industries, but the core has to remain the same. It must be solid and maintain the integrity of the original intent.”

“My buildings are the best and are acknowledged internationally as being the best as well,” he continued. “The Trump Hotel Collection has done tremendously well and we’ve won all the big awards. My golf courses are works of art, we have the finest designers and the locations are spectacular.”

“My menswear and ties continue to do terrifically well at Macy’s. It is all one brand, but I believe the Trump name is most closely connected to real estate,” said Mr. Trump.

Ever the clever businessman, Mr. Trump has an empire of licensing contracts in clothes, private resorts, hotels, condos, Miss USA, Miss Universe, golf courses, and more. Describing how it developed, he said, “It was a gradual process. Years ago, I never would have thought I’d become a golf course developer, but my passion for the game was such that it went there. Again, some things just presented themselves and they made sense. I didn’t have a master plan for the licensing, but after The Apprentice became a big hit, I was a bigger name than before and was in demand in a variety of businesses.”

The King of Kings always goes back to family. People who aspire to be successful, as he is, can learn much from him, starting with maintaining strong family ties. “I made my mark in real estate and I have great knowledge of how it works. I learned from my father and then on my own.”

Donald was born into an upper middle class family from Queens, one of five children. His father was a real estate developer in that borough, and Donald cites his father as his inspiration and mentor. This may account for Donald’s close relationship with his own family.

Clued-in from his past, Mr. Trump successfully wove his children into his corporation and into his television program. Looking back on it, he smiled, “It came about when they decided to join the organization. I wanted them to really want to, because I’m convinced you can’t be successful unless you’re passionate about something. When they finished college, it was their choice. Don Jr. joined first in 2001, then Ivanka, and then Eric. All of them have a very strong work ethic which suits the organization and they love what they’re doing.” Proud father that he is, he added, “They’ve done a tremendous job. It was natural for them to be on The Apprentice as my advisors because we all work closely together.”

“Not only has it been a pleasure to work with Donald for the past 11 seasons,” said producer of The Apprentice, Mark Burnett, “but I’ve had the opportunity to work with his three talented children as well. Donald Jr., Ivanka, and Eric have all shown a fierce commitment to the series and elevated it with their professionalism, vision, and productive working dynamic. They’re a family of hard workers who respect each other and strive to make great television.”

“The Apprentice and The Celebrity Apprentice have continued to  do well,” mused Donald, “and we’re going into our 12th season, surprising us, as the show was labeled as being ‘a one season wonder’ when it first premiered in 2004.”

Few people have successfully integrated their children into their corporation as well as Mr. Trump has. His strategy was simply no strategy. “I think their interest was there to begin with,” said Mr. Trump. “They saw me working since they were children, and they learned a lot by watching and listening. It wasn’t so much of a strategy as a natural progression, and it helped a lot that they were interested in what I did for a living from the start. There was no coercion or persuasion. The last thing I want is for my children to be unhappy doing something they’d rather not be doing. I didn’t have to talk them into the exposure, it was there for the taking and they took to it, and very quickly.”

The years have seen his ups and downs. During the last decade, they are all ups. Who ever thought that a building developer from Queens would not only become the most famous developer in Manhattan and around the world, but also a TV weekly performer in his own series, a person  who generated one of the most recognized famous lines on TV, and who was mentioned for Presidency of the United States.

“You’re fired” is the most famous phrase on television in the last ten years. Not knowing how the public would take to this phrase, Donald said, “I was surprised. As soon as I started firing people, people seemed to like me, to relate to me. It was definitely a surprise. ‘You’re fired’ is the No. 3 television catchphrase of all time, and it was not scripted.”

When asked the basic premise for doing a TV series, “I’d been asked to do reality shows but they seemed dull to me, following me around doing my daily routine, brushing my teeth, whatever,” he joked. “When Mark Burnett suggested The Apprentice to me, I not only liked him, I liked  the idea of having an educational subtext to the show. It gave it more substance, and that’s one reason I think it’s lasted so long. There are schools that base their business classes around the show and they often send in their synopses of the episodes and tell what they learned.”

“When putting together The Apprentice,” said producer Mark Burnett, “it only made sense  for the anchor of the series to  be Donald Trump. Donald is an iconic, talented entrepreneur who thinks outside the box, and is a wonderful person to work with. He’s wholeheartedly dedicated to moving The Apprentice forward and is always thinking about how to heighten excitement. The Apprentice could not have become a reality without the help of Donald. Bringing him on board was one of the smartest decisions I have made for the show and in my opinion is why The Apprentice and The Celebrity Apprentice have been on the air and successful for 11-plus seasons. Donald is a force to be reckoned with.”

In politics, who made us think about the issues, real issues involved in running the presidency? None other than Donald—a man not identified with a party and not a party puppet. But he had the courage to raise important issues about the way the country was being run because he wasn’t political. In fact, he financially had supported President Barack Obama, and now was attacking him on performance issues.

How many global spotlighted leaders raise a close-knit family who praise and love their father while riding along on his name, yet attain recognition on their own merits? Few, if any, besides the Trump Coterie. The Kennedys were singularly minded by uniting in politics. But the Trumps are multifaceted and enthusiastically united in the businesses of real estate, licensing, television and working hard.

Even Donald’s family life is multi-faceted and intertwined. Donald is the father of a five-year-old and grandfather of a four-year-old, a two-year-old, and a newborn. He has five children: Donald, Jr., 33 years old; Ivanka, 29; Eric, 27; Tiffany, 17; and Barron, 5. His four-year-old granddaughter, Kai Madison, and two-year-old grandson Donald Trump III are the children of Donald Trump, Jr. and wife Vanessa Haydon, who are expecting a third child. Daughter Ivanka and her husband Jared Kushner are proud parents of their first child, Arabella, born in July.

Another one of Mr. Trump’s recognized skill sets is his ability to evaluate what works and what doesn’t quicker than most people. Donald looks at this as a definite attribute. “It’s an asset for everyone involved, as I like to work fast, and it can be a learning experience for others. I like to give people a chance, and seeing them improve is definitely gratifying. They just have to improve at a fast rate.”

He is passionate about New York and has been called its best ambassador. “New York is my home,” he declared, “My children were born here, and I was born here. I love the city and do what I can to enhance it. My organization is centered here, so that gives  the city another dimension on the level of business.”

Further delineating his magical loved of the city, he went on to say, “The Apprentice has become a global success. Trump Tower is a landmark, my name is world famous—yet closely identified with New York. It’s a combination of fame and a variety of accomplishments.”

When it comes to accomplishments, Donald Trump is a prime leader. He looked at this with worldly retrospection and added, “These days, you can reach the world from just about anywhere. New York is more convenient for the media. Again, global reach has to do with fame, with having an audience who is eager to see and or hear you.”

Regarding markets open to him that he hasn’t tapped yet. Donald says, “There are still markets open. I leave acquisitions and development to my three eldest children—then we review them together. Every strategy is different.”

“My future vision is to continue working. My father always said, ‘to retire is to expire’ and I agree. I have a lot of projects ahead.”