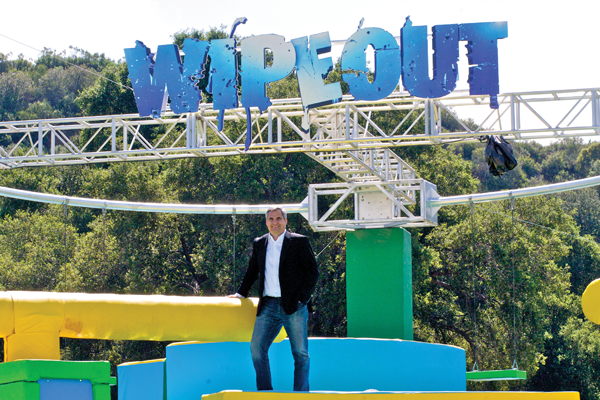 Transmedia at Its Finest: Joerg Bachmaier

When it comes to pushing the envelope there is no one better than Joerg Bachmaier, Senior Vice President/General Manager, Endemol Worldwide Brands for the Americas. Originally from Germany, this longtime TV and digital expert is a firm believer in transmedia storytelling, innovative multiplescreen strategies and extending properties (scripted and non-scripted) across multiple platforms.

“This is about producing meaningful entertainment. Through the fragmentation of media and the paradigm shift in the entertainment industry, we need to follow a more consumer-oriented ap- proach,” says Bachmaier.

Joerg is focused on pushing IP where viewers are via personalizing professionally produced content. He intimately understands user behaviors including social media, user generated content and interactivity in a meaningful and contextual way.

He sees how social media tools and networks are affecting businesses. Shows like Married on MySpace were originally online- shows that crossed over to cable TV in the true spirit of trans-media. Then there was also the partnership with iWin to bring the hit TV game shows Deal or No Deal and 1 vs. 100 to Facebook.

Joerg believes that producers of all stripes have to deliver quality content to a multitude of platforms in a program’s overall distribution strategy. “When viewers embrace interactivity, the programmers’ relationship with advertisers becomes intensified. Then combine an engaging user experience, designed and developed for online or mobile communities with traditional media. Now you have created an innovative and contextual business model,” remarks Bachmaier.

Businesses are finding it pretty difficult to produce and distribute across multiple platforms. In early 2000, Joerg started with original and digital production and distribution for interactive TV, mobile and online. He was challenged with creative, technical and business issues. However, he understood early on the need to break organizational silos and traditional boundaries in the established media value chain in order to be successful.

“In my eyes the key to success is the creation of compelling, highly creative, innovative content on multiplatform experiences, while maintaining quality and contextual brand integrity of your story world. In this respect, the creative people in the industry today are the visionaries cultivating, validating and engaging the fan- base. Technology is an instrument, a tool to fulfill creative vision,” states Bachmaier.

Production workflow has been key to Joerg and his teams continued success. Look no further than the production hub in Argentina for Wipeout. By localizing production on one international set for over 20 broadcasters around the world; costs were reduced, while still delivering production values that would otherwise not be possible in many areas.

To be profitable in 21st century television, he is focused on the continued exploration of brand integration, leveraging digital distribution, mixing linear and interactive elements and other critical aspects of producing. Joerg tries to be a trend scout by offering creative business development and solutions and by acting as a “transatlantic bridge” between Europe and the U.S.

Joerg is particularly passionate about an Amazon reality show, which is currently in the development and collaboration stages with Endemol Brazil for the LATAM TV market. It is planned to be a first-of-its-kind, reality adventure series with an educational twist — shot on location in the Amazon.

The show will produce meaningful entertainment to appeal to a mass audience in a unique format, blending the best aspects of entertainment and information as it deals with the richest, most bio- diverse ecosystem on the planet while, at the same time, highlighting efforts of U.S. companies working to help preserve this region and prompting viewers to get involved.

Aa an industry leader, Bachmaier has been involved in a long list or host of groundbreaking shows, which continue to reinforce the breadth and depth of his contributions to the evolution of the transmedia world.