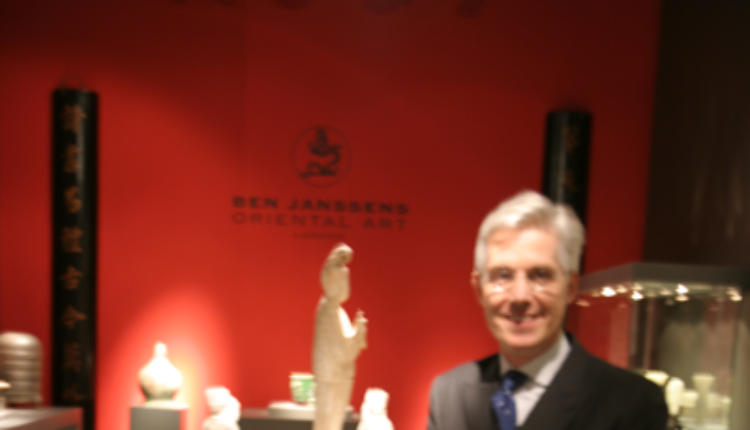 The Finest Fair on Earth: The European Fine Art Fair

Warning: A non-numeric value encountered in /home/artandliving1/public_html/wp-content/themes/publisher/includes/func-review-rating.php on line 213
316
Share

The Finest Fair on Earth THE EUROPEAN FINE ART FAIR

Absolute consensus in the art world it almost never happens. But one truth, nearly universally recognized, is that the European Fine Art Fair (TEFAF) is the preeminent fine and decorative arts fair in the world, and the benchmark by which all others are measured Taking place annually in March in the picturesque town of Maastricht in southeastern Holland, TEFAF’s breadth and depth is succinctly communicated through the eye-popping numbers associated with the fair’s most recent incarnation, which took place March 18-27, 2011. This 24th edition consisted of 260 dealers from 16 different countries exhibiting more than 30,000 artworks stretching- from ancient Egyptian artifacts  to cutting-edge contemporary painting, with every piece vetted for quality, authenticity and condition by 168 international experts, a process taking upwards of 2,184 hours.

Cumulatively, the exhibitors’ stands filled 333,680 square feet, and required over 200 people working 25 days around the clock to build and install. During the course of the fair, 73,000 people from 55 countries attended, among them representatives from 181 museums in 20 countries (including big names from the Louvre to the Metropolitan Museum to the Getty), and 154 private planes landed at the local airport. Even the number of fresh flowers, a TEFAF signature, is staggering: 22,500 carnations, 18,000 tulips, 7,500 anemones and ranuculus as well as 250 branches of magnolia—changed twice during the course of the fair. And then there is the aggregate value of the works for sale, totaling in excess of ¤2 billion. While TEFAF is often referred to as an encyclopedic museum in which everything can be purchased, it’s as much an art lover’s Aladdin’s cave. As mind boggling as these numbers are, they tell nothing of how TEFAF grew from a small Dutch fair specializing in Old Masters paintings to its current, cross-categorical dominance. To understand this evolution better, we turn to the people behind  the fair, key advocates TEFAF President Willem Baron van Dedem and exhibitor and Chairman of the fair’s Executive Board Ben Janssens.

A collector of Dutch 17th-century paintings for over half a century, the courtly, Dutch-born Willem Baron van Dedem underscores the benefits large fairs offer compared with other venues. “Auction houses present a haphazard amount of objects, whereas a good fair will give a far more extensive view of what is available on the market,” he says, adding that at TEFAF this strength applies to nine sections, ranging from paintings and manuscripts to jewelry and design.

Fairgoers, he explains, also have the ability to reflect on a prospective purchase rather than having to make split-second decisions, a dynamic van Dedem admits can be “very exciting” but which is especially perilous to new collectors, who are more apt to be swayed by the momentum of the moment and, therefore, overpay for an object that “could have been had for a much lower price, if they had had time to compare and be advised.”

Another auction house pitfall is the lack of guarantee regarding quality.

“In my field—Dutch Old Masters paintings—the state of preservation and the amount of restoration are of the utmost importance—and while an auction, in my experience, will provide a condition report on request, it will not take any responsibility for condition.”

Van Dedem finds individual galleries wanting as well. While they, like fairs, normally guarantee the authenticity, quality and condition of their wares, choice is decidedly limited, as is the ability to compare works in the same genre or by the same or similar artists—drawbacks generally shared with auction houses but from which large fairs are exempt.

As far as TEFAF’s unique strengths, van Dedem points to its organization. Unlike many fine and decorative arts fairs in the US, Europe and Asia, TEFAF is owned and run by dealers—mainly dealers who currently participate in the fair—as opposed to an organizing company or corporation. “As there is no profit to be distributed to shareholders or entrepreneurs, any financial surplus can be reinvested in improving the fair.” The benefits are profound, according to van Dedem, and often become self-perpetuating. One example is TEFAF’s “surprisingly” low square meter price for exhibitors (compared with other major fairs), “which, together with its international reputation, makes it a must for a dealer to participate. TEFAF can thus be very selective when inviting dealers from a long waiting list, and can select purely on the grounds of quality.”

Equally cogent in van Dedem’s eyes is his status as an informed outsider. “When 14 years ago the previous president decided to retire and I was asked by the executive committee to take his place, it was obvious how a non-dealer familiar with the art world could, together with a large board of trustees, adjudicate any conflict of interest that might arise between exhibitors.”